from the Friends of Twin Oaks Community Facebook page 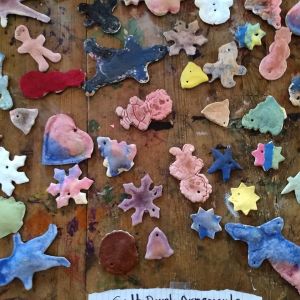 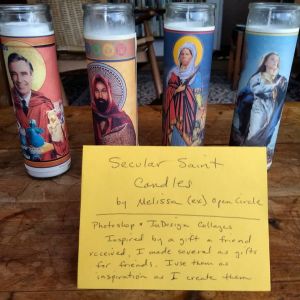 A brief tour of some of Tryon Life Community Farm

This video is a bit more than a year old. We will publish part two next week.

Twin Oaks goes all out for New Years—this year we built a frickin slide in the living room of Tupelo!! It was a serious collaborative effort between communities. Acorn gave us the tube (it’s a plastic corrugated drain pipe cut in half!) and lent us the scaffolding, then Ella and Jason of @cambiacommunity came over and built all the vertical supports yesterday. I 💓 commune life! -Julia . . . #indoorslide #slideconstruction #indoorplayground #diyprojects #diyhomedecor #diyhome #diyideas #diyconstruction #twinoakscommunity #acorncommunity #cambiacommunity #communelife #intentionalcommunity

Check out http://eastwind.org/ to learn about various DIY projects (agricultural, building, etc) and the income sharing social experiment that is East Wind Community.

Best seen in 720p! First time lapse experiment. Two days of work on the showerhouse back to back in August of 2017.

Created and originally posted by Sumner.

The FEC 2018 Assembly was difficult and contentious. There were accusations of racism, sexual misconduct, and transphobia. People denounced one another and the conference site had to be moved because of problems involving one of the communities. It was obvious that we needed to do something different.

Several of the folks involved decided to have a conference this year before the Assembly. The initial idea was that we would look at things like dealing with racism, how to do mediation, and other useful things. The organizers decided to call it the Social Technology Conference. It would be held in December at Twin Oaks. Here’s my report on what happened.

The actual conference focused primarily on dealing with racism and white supremacy with an emphasis on building connections and looking at how trauma makes doing all this difficult. We also had sessions on understanding consent, on how to do facilitation, on using ritual for healing, and on drumming and dancing to get us in our bodies.

Our facilitators for the conference were Natalie, Evi, and Rachel.  They worked closely with the Twin Oaks diversity team of Alexis, Bell, and Hailey. The facilitators began by looking at the stories that block our connection with each other and how our culture disrupts solidarity. We then looked at the role of trauma interfering with empathy. There was information on the biology of trauma, how it pulls us out of our normal “window of tolerance”, sending us into an alarm state that could escalate into the fight or flight response which often led to a state of “freeze” or collapse.

We then tried to look at strategies for self-regulation and how to build our capacity for listening and empathy. From there we began looking at white supremacy and how it interfered with our ability to be with each other and how it led to us using microaggressions, small racist behaviors, to defend ourselves. We looked at how we could support each other in changing and how we could make our communities more welcoming to people of color.

One of the unusual features of the conference was that, for the first time at Twin Oaks, there was People of Color Only space that existed for the time of the conference. Hailey, Bell, and Alexis were available to meet with people of color to look at their concerns.

Midway through the conference, we had a Liberation Arts Drumming session with Macaco, a Brazilian drummer from Charlottesville, Virginia, followed by us watching a video focused on the story of an African American man’s difficulties with a couple of our communities. We then had a four hour workshop with Amani from Soul Fire Farm, a community in Petersburgh, NY.  She led us in looking at overt and covert white supremacy and how our communities could work to dismantle racism and white supremacy. Both she and the facilitators left us links to many resources.

After this, we did work on building resilience, on looking at how to improve decision-making, as well as having the workshops on facilitation and ritual. The diversity team led a panel on racial justice and changes we could make in our communities. We ended the conference with a report back on next steps we planned to take in our communities, a closing circle, and a group photograph.

Thanks for reading! This post was made possible by our patrons on Patreon. The Commune Life team works hard to bring you these stories about our lives in community, and that work couldn’t happen without support from our audience. So if you liked this article, and want to help us make more like it, head on over to https://www.patreon.com/communelife to join us!

Deep gratitude to all of our patrons:

Communards join the movement to stop the Mountain Valley Pipeline.

It turns out my uncle Dan Thaler used to live in a branch of The Farm (Tennessee) in Franklin NY, less than a 15 minute drive from where I currently live at East Brook Farm. They sold vegetables in the same farmers market that we do, decades apart. Here are some old pictures of the community he sent me. There’s plenty more where these came from, so leave a comment if you would like to see more from this archive.

It runs in the Family
commune life