Here is the workshop and partial presentation schedule for the upcoming Twin Oaks Communities Conference.  The below links are to blog posts on these elements.  There is a posted full program (with short descriptions for every workshop are in the newly published program).

There is still time to register for this amazing event.  Twin Oaks Community is hosting this event in central Virginia Aug 31st thru Sept 2.  There is also great Labor Day (Sept 3) program at Cambia Community, less than one mile from the Twin Oaks Conference site. 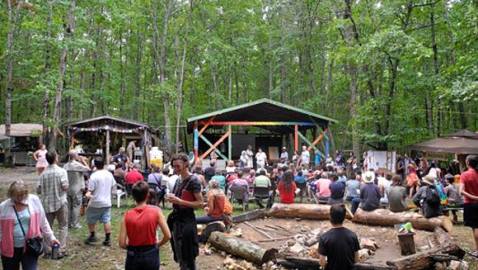 Fixed Time Workshops:  This is the collection of 16 (or sometimes 20) workshops which are selected in advance and are all relating to intentional communities.  We are exploring different themes and it is likely we will choose a couple of them.  If you are interested in presenting on an intentional community related topic we would encourage you to submit this workshop proposal form.  The deadline for proposals is May 31st.  These workshops happen Saturday, Sept 1st and Sunday morning. Workshop presenters who are selected for these fixed time slots will get their registration fee waived.  And if you are coming from NYC metro area (or south of there) you might be able to come on our totally groovy bus. 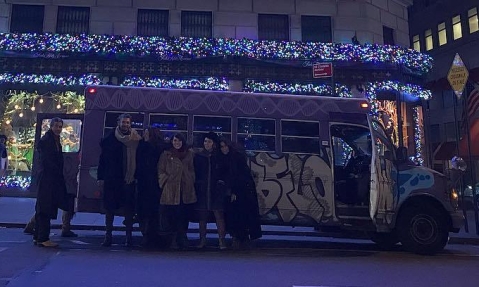 Open Space Technology Workshop:  There are way too many clever and interesting people at the TOCC to not provide a forum for them to demonstrate or propose their own workshop even if it has little or nothing to do with community.  The problem (from an organizers perspective) is which ones do you choose?  Fortunately, this problem has been well worked by others and there is a democratic, self selecting mechanism called Open Space Technology.  These workshops are giving Sunday (Sept 2) midday into the afternoon and typically we do between 10 and 20 workshops ranging in size from 25 participants (like at a urban squatting or polyamory workshop) to just a couple of excited participants (bird watching or Python blockchain programming). 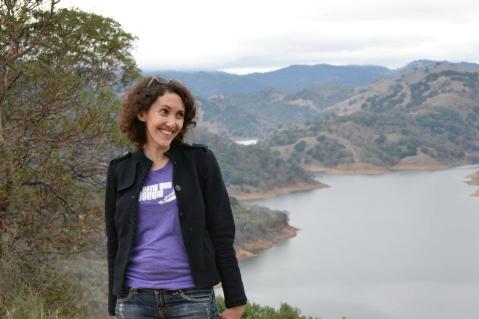 Even if you don’t want to offer any workshop there are three types of people who might want to come to this annual event, which often has over 150 participants and 40 plus communities represented:

If any of these three things is true for you, then you can register for this event here.  If you want to see who is already coming and who is interested go to the Facebook event (35 attending and 215 interested so far (May 1), and we have just started our outreach).

There are magical places.

The problem is many of my readers don’t actually believe in magic.  Oh, you might believe in pop magic: prestidigitation, sleight of hand,  trickery.  But hard magic?  Where the laws of physics are getting bent or broken, where compelling coincidence is basically statistically preposterous? This is where our rational sides kick in and tell us this stuff is just not possible.  I will tell you one of the stories, but you won’t believe me.

But we can get around this rationalism through stories.  It has taken me over two years to get around to telling just a part of my Damanhur story.  These are just the easiest to believe parts.  I don’t think you are ready for the parts i am still struggling with and i am not ready to tell them in this format.  Ask me at a party.

A group of young Italians shared a vision.  A vision of a place where people would live in community and cooperation.  A place dedicated to the idea that there is an artist inside everyone and the job of community is to get that art expressed.  But it was also a place which was encouraging joint creative adventures, rather than promoting the works of single people and thus none of the tremendous artwork is signed.

This group was divinely inspired.  They had all manner of signs that they were doing the right thing and they traveled the world looking for the right place.  Oddly, it turned out to be just a few hundred kilometers from where they started, about 50 km from Turin.

A couple dozen people moved in back in 1978.  They formed a commune.  Shared income and assets.  They worked straight jobs in the local area and started setting up their own cottage industries.  Just like we do now when we are trying to start new communes.

Except there was the digging.  Every night, for 16 years, some significant fraction of the members of the Damanhur community started digging tunnels and temples under the mountain that they lived in.  They did it in secrecy.  Driving down huge mounds of excavated dirt in trucks in the dead of night to be dumped far from the temples.

They were following a vision.  They worked in secret and told no one outside their community about the project.  But they grew.  In the first 17 years, they went from a couple dozen people to over 400.  It was a federation of communities, clustered in the town which was adjacent to the temples.

It is hard to keep a secret among 400 people, especially if they are as emotionally expressive as Italians tend to be.  Rumor has it there was a domestic dispute.  A couple of Damanhurians were splitting up and the one leaving the community demanded greater child custody and threatened to reveal the secret if they did not get what they wanted.  When they did not, they went to the local police (who has been hearing stories for years, but had never been able to find their way in) and revealed the secret doors.

The Italian authorities came in and stopped construction of the temple because it was an unpermitted mining activity.  But the media rushed in to cover this beautiful space and the UK tabloid the Daily Mail (and apparently the Italian government) called it the 8th Wonder of the World.  And the tourists started following in to see it.

Through a somewhat inexplicable series of events, i was invited to Damanhur in 2015.  My host Betsy Pool and i had met at one of the most exotic conferences i have ever attended, called Building the New World, in Roanoke, Virginia, earlier in the year.

I was enchanted by Betsy’s story about how she got to Damanhur, about her work founding the Institute for the Mythology of Humanity and the collection of people she was pulling together to try to promote the complex message of Damanhur’s origins.

I leapt at the chance to go to this most exotic place, which was made possible by a generous sponsor (communes don’t pay well, international travel is generally inaccessible).  And for a week i toured the temples of Damanhur, learned their stories and chatted with Charles Eisenstein who was part of the same advisory group had been invited to as a storyteller.

I got to do a Transparency Tools workshop in the hall of mirrors (see the picture at the top) which was pretty amazing.

When we toured the temples, i learned some curious things about Damanhur.  One was that there were highly realistic portraits of all 600 living Damanhurians on the temple walls.  On my tour of the temples, there was a current Damanhur resident.  The portrait of her was so realistic that when i saw it on the wall i could immediately identify it as her.  When members of the community die, their paintings within the temples are covered and a new portrait is created on the walls of the buildings Damanhur controls around the temples.

When people ask me what the most amazing thing about Damanhur is, i often reply that it is a group of 600 non-smoking Italians.  Without a doubt the largest such group in the world.

But when pressed harder, i talk about the plants.  It starts with the Music of the Plants. Research has been going on in plant communication for over 4 decades at Damanhur.  The accessible amazing thing is that they are able to hear plants performing the music that they all regularly make, by hooking up the plants and measuring and interpreting the very low-voltage electric currents between the roots and leaves of the plant.

An even more amazing is the story of a plant which is used inside of Damanhur as a door lock.  If the plant detected that the person who had been introduced to the plant was arriving in anger, it would not let the person into the room.

I said you would not believe me.  And these are the more accessible stories of Damanhur.