In the nineteen-eighties, I was involved with a radical group and lived in a house with a bunch of folks including a woman also involved with this group. She said that one of the purposes of being so radical was not to expect that everyone would be radical but that we would push the dialogue left, helping moderates become liberal and liberals become progressive.

I do not expect everyone to live in a commune or even some form of community, but I want as many people as possible to know that communes and communities exist. I realize how small a percentage of the population lives in communities, let alone communes, but I think that everyone can learn important things about sharing, in fact radical sharing, from the communes.

Diana Leafe Christian, in her book Finding Community, briefly complains about how well known the communes are, given how small a percentage they make up of the communities movement. She says, “The first reason for this prominence, I think, is because income-sharing communitarians tend to be activists, if not enthusiastic proselytizers, for their radically non-competitive way of life.  For them, having a close-knit and intimate group (in the smaller communes), pooling incomes, taking care of each other financially, and being on a level playing field with fellow members financially is a form of political activism, and they’re proud of it.”

Well, it’s true. I don’t think communards actually proselytize, but many of us (myself included) see living this way as a challenge to our competitive, capitalist society. I don’t expect everyone to do it but I want it known that it’s possible.  That’s the reason for this blog. That’s the reason that I talk with people, go to events (like the panel on sharing in communities that I was on Thursday, 2/7), and help start things like the meetup group in Manhattan on Communes and Communities that I am a co-organizer for. 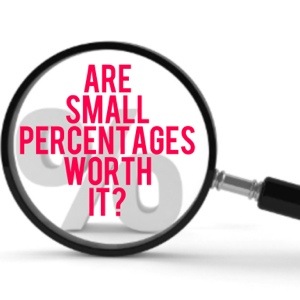 In a time when life in this society is only becoming more stressful, when inequality is increasing, and when people are feeling more and more isolated, our tiny number of communities, point to a different way.  And while I doubt we will ever include a large or even medium percentage of the population, I certainly want to grow our movement. I see us as the seed for something bigger. And I hope that this blog helps water that seed.

Thanks for reading! This post was made possible by our patrons on Patreon. The Commune Life team works hard to bring you these stories about our lives in community, and that work couldn’t happen without support from our audience. So if you liked this article, and want to help us make more like it, head on over to https://www.patreon.com/communelife to join us!

Deep gratitude to all of our patrons: